The winner was determined by a panel of six judges, including Los Angeles Times’ food editor Russ Parsons and SeriousEats.com burger blogger Erin Jackson. The judges graded each burger anonymously using a scale from one to five in five categories: presentation, creativity, juiciness, bun, and flavor. According to Parsons, the winning burger from Ettore’s received consistent scores from all six judges. “It was really well cooked meat – the burger had great flavor,” says Parsons. “From presentation to flavor profile to execution, [Ettore’s entry] was the best burger I tasted at this year’s event,” says Jackson.

More than 760 Sacramento Burger Battle ticket holders were given a voting token at check-in to determine the People’s Choice winner, which was tallied at night’s end. Each of the fifteen competitors had a special ballot box at their booths to collect tokens.

Conceived by nationally ranked burger blogger Rodney Blackwell, the Sacramento Burger Battle showcases the local dining scene in addition to raising money for CCFA. Blackwell hopes to see the event play a larger role in the city’s Farm to Fork movement. “Many of the ingredients used were locally sourced, and our competitors have some of the best quality burgers in town,” says Blackwell.

The event also featured drink, dessert and other vendors; live entertainment from James Cavern; a burger-themed mini-putt golf game; and raffle prize packages valued at over $2,800. 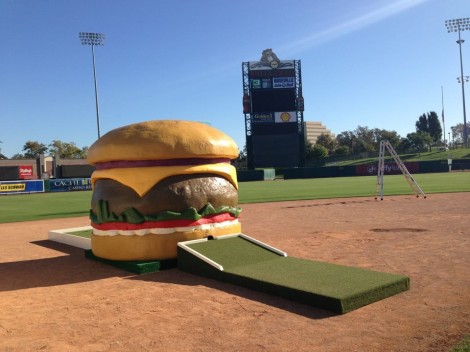